The Club America vs Toluca Liga MX match will be broadcast live online and on TV as Las Aguilas host Los Diablos Rojos at the Estadio Azteca this Sunday, March 20, at 4:00 p.m. Pacific.

Club America is still in crisis mode this season, currently in penultimate place with seven points from 10 games played. The Mexico City team is now four points out of 12th place to try and possibly earn a playoff spot by the end of the regular season.

Las Aguilas are coming off a scoreless game against archrivals Chivas and previously lost 2-1 to Monterrey, both games under Fernando Ortiz as manager. Ortiz is clearly not working out as the interim manager as it is still unclear if he will remain with the club until the end of the season. Jonathan Dos Santos Received a red card in America’s previous match against Chivas and will miss out on this match.

Toluca is currently in ninth place with 13 points, but has only won one of its last five games played in Liga MX. Los Escarlatas are coming off a dreadful 3-0 loss to Pachuca at home as there is a clear downward spiral at the club.

Toluca has specifically struggled offensively as of late as they have failed to score more than a goal in a game for the past six games. Leo Fernandez is set to come back from an injury to try and help the inconsistent offense, but goalkeeper Luis Garcia will miss this game. 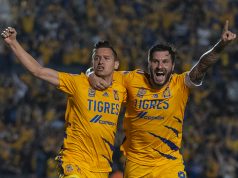